Some things I thunk today... 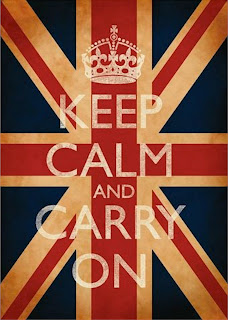 Clearly this is no-where near the 750 words that it's good to write, so let's do some history and navel gazing instead.

I'm a Child of the 70's, a youth of the 80's, an adult of the 90's and a parent of the 00's (naughties?). Now we're in the 10's (tens?? or whatever we're ever going to call it) so what does that make me. Clearly all parents know that they're parents until they shuffle off, but I'm also going to be an adult for that period too. I'd also like to think I'm a youth and a child (at least in my heart, and most certainly in my mid-life crisis - which must be due any time now)

Judging by the way the world has turned perhaps I'm about to become a member of the scrapheap of the 10's - Now that is a depressing thought and so really it's one I'm trying to stay away from. After all, I reckon 2 score is only half of my 4 score and 10 so really, there's so much more to do yet! - I won't be the first and certainly won't be the last, but equally I think I actually have a much more positive spin to put on it than this. What's that phrase about one door closing is another opening ? I reckon there's something to be said for it. I like the way it's said in "Up in the Air" - Anybody who ever built an empire or changed the world, sat where you are right now. And it's because they sat there that they were able to do it. - Now isn't that nice?.... fluffy... my internal cynic says it's bull - but it's nice.

Do I have aspirations to change the world or build an empire ?? Well, right now, nope. I like the world this shape. But if it changes shape and my cheese gets moved - well anything's possible and there really is so much more to do still. This then, leaves me squarely on the horns of a dilemma. Should I prepare for the unknown thing that might never happen - or should I keep calm and carry on ? Is the former common sense and the latter just being lazy ? I'm no Stakhanovite but then I'm no Dude Lebowski either "what day is this?" (I can but aspire). Perhaps the former is wasted energy which could be better spent on shoring up the latter ? and why should you or anyone else care for that matter ?

Thinking about other people I know that have had a mid-career crisis, they all appear to have survived and gone on to bigger and better things, so it's probably folly to even start worrying about such things. So what if I have to sell up and downsize ? May not even happen - it does happen every day - but it might not and ultimately that's just stuff. There's too much stuff in the world as it is and most of that is plastic or non-biodegradable. Don't get me wrong, I'm not suggesting we should all go and throw the contents of our houses into the sea (well, at least not the non-biodegradable bits) but we are all guilty of making a right royal mess of the place, so perhaps we're due some large scale spring cleaning.

And what if nothing changes? then what? There's an election on the horizon, so that will help muddy the waters and probably kill the GREAT from Great Britain once and for all. Wasn't it the monster raving looney party who said "Work Harder!, Millions on welfare depend on you!" I guess the true survivors of the new GREAT (the great depression of 2008-2012) will be those that suffer the least depression in the first place. After all, what doesn't look better when you can laugh about it? or better yet, laugh about it in the sunshine? The future's bright, no, it's not Orange. It's bright because the present is so damn dark! Who cares?!