on May 24, 2010
Just fancied stealing that infamous sun newspaper headline. While not as entertaining as 'Freddie Star ate my hamster' or as big headed as 'It was the sun wot won it' (when referring to the 1997 general election, it is still at least in their top 3 of all time I'm sure. Furthermore, it's accurate. Yet again the British obsession with the weather can be satisfied by everyone wandering round moaning about how hot it is convieniently forgetting that 3 days ago it was overcast and miserable. When it comes to metreological debate we have it down to a fine art.

Now we're back on a Monday and this week is likely to be a turning point on all sorts of levels.

The Starfleet situation will come to some sort of resolution. I've spent time doing maths and complicated longwinded overdeveloped algorithmic guesses and have now drawn my own conclusions over the outcome. If there was somewhere I could put a bet on it - I would.

Also appears that some of my longer term predictions regarding UK Governments spending cuts are coming to fruition. That will have impact in all sorts of places, at least one of which may effect me but the devil's in the detail. I'll probably be updating this post with further details on that subject later today.

For those of you that follow me on Twitter, you'll already be aware that last week saw the announcement of Google TV. Pretty much well known in advance to those who keep an eye on this stuff, but now there's a basic introductory video that will help the less technical among you understand the offering.

You'll also be aware that the Microsoft vs Google battle has been hotting up again after Micro$oft announced their online version of MS Office. Of course MS would never of just sat back and watch as Google trampled all over their bread and butter market (which they have been doing to great effect) but now the gloves are well and truly off. Throw ZoHo into the mix and we have a battle royal... fun fun fun

Who will win out in the end ?, well time will tell as usual, but I think my money is somewhere between ZoHo and Google for the time being. The Microsoft offering is currently in beta and for that reason is free. It has a pretty good feature set with almost everything you'd be looking for in Basic office apps usage and looks and feels pretty slick. There's some more blurb about it here: How it works. They're current stance is that it's advertising funded for the time being as is the Google and ZoHo personal versions. ZoHo definitely have the most mature offerings and full price plan for several different types of user (once you go beyond personal use money has to change hands)

Cloud computing (as we're calling it now) is nothing new and I'm sure you're aware we've been pushing it under other names for 3 or 4 years now, but finally the bandwidth is more readily available and the in-browser code is up to the job at the same time as storage prices have fallen substantially. Combined with VM backends and flash-copy backups the whole concept has become affordable although not if you're trying to sell it to anyone. When Google and MS (and more impressively ZoHo) get behind it and start delivering it for free, unless you're in marketing the money falls straight out the bottom of it.

The customers that I've had in front of me always have the same two concerns. Security of their data and collaboration on their data. Setting security aside for a minute, Google have already proved they can do the collaboration well with Wave, although not fully implemented in Docs & Apps as yet, but what of MS & ZoHo ? Well the MS offering appears to be using the good old Sharepoint backend... Sharepoint, I could tell you stories to make your hair curl (as my gran would say), but maybe if MS are implementing it, as they own it, they ought to be able to make it work.... or perhaps not.... Until I've got my hands on it I'm going to have to reserve judgement. The ZoHo model appears to follow traditional email notification methods - and right now - it seems to be the one that actually works flawlessly. Kudos to ZoHo.


Security is an ongoing problem for all of them. They have each had security issues at various times and things are not looking great for some of the biggest names online in general. Trust is really what's a stake and they've all been taking it for granted for too long. I'm not going to get back into the facebook debacle again - but you know the issues I'm sure. However, until someone addresses this fully with a true end-to-end solution (ho ho ho) it's going to be the elephant in the room. There is interesting work being done here on the socialmedia side (which I believe is really where collaboration should be taking it's lead from). 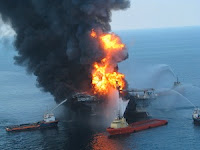 I heard that phrase "Deepwater Horizon" applied to the facebook situation recently - meaning it's going to blow and it's going to be a disaster for all concerned, but in the meantime, Diaspora, OneSocialWeb with inputs to and from OStatus could really help show the way.
Of course the whole thing is cyclical, and so we can fully expect to be pulling everything back out of the cloud again (I remember mainframes - that was cloud v1.0) in the future onto some ridiculously high powered local device with googolplex's of storage attached to it. But then that's what keeps me off the streets and paying the bills. Just....
Cloud Mainframe Twitter Web 2.0