New crop from the orchard 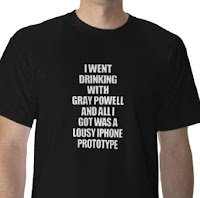 Anyone who has been paying any attention will have seen the iPhone 4 way back in April, but yesterday was the official launch at WWDC10. So after all the shenanigans it appears that Giz's exclusive report ('an apple engineer walks into a bar.....') was pretty much on the money. If you missed it, its all here: Gizmodo

If you want to watch the entire keynote speech (including all the fanboy and girl whoops and cheers - for goodness sake!) then you can find it here: Apple iPhone 4 Keynote, but in a nutshell, the key elements of the iPhone 4 are: 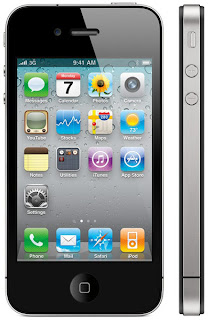 Of immediate interest to anyone who's already got an iPhone is the new OS upgrade. Renamed from iPhone OS to iOS, this will be version 4. iOS 4 works with iPhone 4, iPhone 3GS, and iPhone 3G. Not all features are compatible with all devices. For example, multitasking is available only with iPhone 4 and iPhone 3GS (due to processing power on the 3G model), but regardless, for free there's no complaining about it. Multitasking is long overdue and the "folders" feature is something I'm in need of because I have too many apps. There's over 100 changes some of which you'll never see, but June 21st can't come soon enough.

One of the points Steve made in the presentation was about Market Share. He compared the iPhone’s mobile browser usage to Android & RIM. The iPhone has 58.2% of the US mobile browser usage, Android 22.7% & RIM only 12.7%. But browsing isn't sales, although it does show that people prefer to browse with the iPhone than the other devices. Mr J went on to say that the iPhone has 28% of the US smart phone market share, RIM 35%, Android only 9%, and Windows Mobile has 19%. I guess we have to take these numbers with a pinch of salt though, they are coming from Apple after all. A bit of digging reveals that according to research firm Gartner, Apple's iPhone now has around 15% of the smartphone market, behind Blackberry and market-leader Symbian. Google's Android operating system has around 10% followed by Microsoft's Window's mobile with around 7% market share, although this is the global market and not just US. However you cut it, the iPhone is still ahead of Android phones even though Google have been making huge strides lately.

I'm afraid the promo video is totally over the top, I really don't think that designers (Jonathan Ive from Chingford - lol) should be allowed to evangelise because they talk a load of toss. It feels like their pushing too hard, and what they should be doing is just let the product speak for itself. Stop saying "Blown Away" for instance. Cools Tunes, but not much slow-mo ;-) You can judge for yourself: 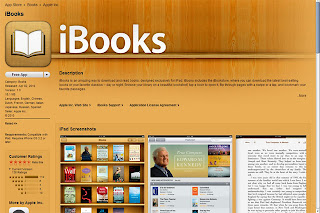 What didn't get a mention, but should have done is Safari 5. The Apple browser is leading on the HTML5 deployment and flash video while still supported must be starting to worry Adobe more than ever.

Every new update from the orchard isn't complete without an iTunes update, and this is no exception. With 9.2 (currently in Gold Master meaning developers only) you now get iBooks. This is the ability to Sync and read books with iPhone or iPod touch with iPhone OS 4 and iBooks 1.1. That'll be fun....
Android Apple Browsers iOS iPhone WiFi