on June 28, 2010
Mrs G and I had a fairly leisurely day planned for Saturday doing not an awful lot. A wander into town to pick up Wednesday's copy of the local paper (because there's an article featuring Daughter in it) proved fruitless as we discovered the newspaper office is closed on the weekend. Not much happens round here that's newsworthy obviously.

Picked up a couple of birthday cards for forthcoming celebrations and on the way back to the car I was surprised and humoured to see a longish line of people in a queue outside the O2 shop. I'm fully aware of the O2 shop queue due to son having stood in it on Thursday for the iPhone launch (which incidentally meant that the back of his head also appeared in the local paper), but this time, there was another familiar face. Auntie S. There she was dutifully queuing up to get herself one. We stopped and chatted for a while only to find out that the O2 store had around 50 handsets in stock. 50!? Really ?? I'd already decided not to bother until at least a couple of weeks, when I figured the stock levels would be replenished, but to hear that they have them again already - was quite a surprise. Needless to say - I joined the queue.

Having now procured, this also meant I could finally save Mrs G from her Samsung thing, and get her on a decent phone instead. After a few grumbles and gripes we soon had her all set up and now she's a convert too. Thank god that my tech support mantle can be laid to rest for a while.

BTW - Last note on the subject - they really are all they're cracked up to be. The fastest phone I've had the pleasure of using. Video calls with Son have been a blast already even though for the time being we both have to be within a WiFi hotspot. For me personally, not a signal drop out in sight either, although I have heard the talk. I've also heard there's an imminent fix for it in the form of software - this I do find surprising, but it's not a problem for me at the moment either way.

On the flip side - terrible news from the badman that he is without the necessary drugs to sustain him. I wish I could tell him there was an "app for that" but alas even that wouldn't help him as he's also smartphone-less. The best he can hope for is to buy pre-ground and save himself from certain dementia.

So then to Sunday Lunch - obviously the football (more on that in a moment) was the most important thing, so a BBQ at BBB's house was the plan. He wanted some help getting set up, so I scooted over early so that we could hang the 40" TV on the garden wall and install shade where appropriate, fill the pool and chill the beer. As a build up to the game (and to be honest this should almost be the law whenever England play Germany) we watched "Escape To Victory" with Michael Caine, Pele & Sylvester Stallone - Fantastic stuff. For the BBQ, Mrs G and I bought this, just like chicken... 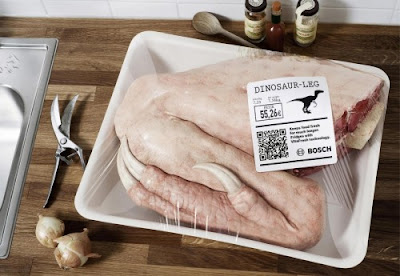 And then of course there was the football, which is just too depressing to think about too much. I know it would be easy to say they were crap. But actually they weren't crap (to start with). I know it would be easy to blame Cappello, but everyone was doing that after the first two games, then after the third and we got through, everyone was saying how great a manager he'd been by showing some real passion. He may have made some "odd" choices in team lineup's, but I'm sorry, it's just not his fault.

It seems clear to me, that the touchline/referee method for calling a goal is outdated and obviously doesn't work. The FA & FIFA's argument for the lack of technology is that they want a level playing field (no pun intended), whereby every team (right down to pub teams) have the same chance of scoring (or being disallowed). While this has some merit, in the modern world it makes a mockery of what is supposed to be a modern sport. Tennis & Rugby have both embraced the technology with no detriment to the game whatsoever - It's time to put that right.

IF, and of course it's a big IF, but IF the england goal had stood, which (as we can all see from the video playbacks) it should have, then psychologically the England squad would have been playing a different game entirely. I disagree when people say it wouldn't have effected the overall scoreline, because quite simply a goal boosts the confidence of the team, just like a disallowed (obvious) goal dents their confidence.

Too late now though. What's done is done and at least we don't have to bother watching any more of it. My predictor has Argentina and Portugal in the final, but I don't really care.

A few interesting snippets that I've picked up over the weekend for you now: 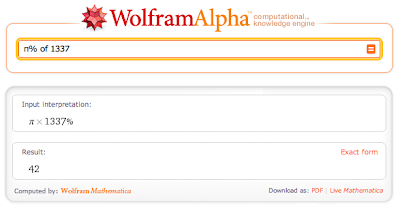 Anyone who's read the Hitchhiker's Guide to the Galaxy (which I mentioned on Friday) will be aware that the meaning of life is exactly 42 (sorry if I've spoiled it for you, but you should have read it already). It turns out that the maths behind this has been expanded, and here's the result. Magic....


Researchers at Ben-Gurion University of the Negev (BGU) developed a software program that can detect depression in blogs and online texts. The software is capable of identifying language that can indicate the writer's psychological state, which could serve as a screening tool. Read More

Good to know that when I'm depressed, my blog could tell me.

TED always teaches interesting concepts. Never thought I'd see this one though.


Then there's the Rubik Cube art, which makes me want to buy a whole bunch of Rubik's cubes and make my own: RubikCubism

For the electrical engineer's I spotted this: 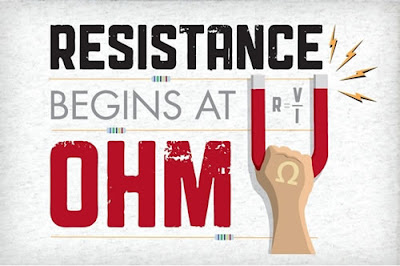 So finally, back to the real world and two stories of interest.  First of all. Cash dispensers are about to start chucking out £5 notes again. Everyone runs out of fivers, so the bank of England have been making it their business to get them back into circulation. I for one am very pleased to hear this news because when I only want a fiver out of the cash machine, I only want a fiver and not a tenner.