on July 18, 2010
I managed to crowbar mowing the lawn in between the showers yesterday while waiting for Daughter & Mrs G to get back from the hospital (Nothing to worry about). To be fair it hardly needed it what with all the warm weather we've had of late, but a least it's tidied the garden up.

I do love an empty Sunday. A full english brunch is on the cards and if the wether turns to rain, which it's looking like it might, I may finally get to see the last instalment of "The Silence" which I was raving about earlier in the week. For various reasons we didn't get to see it on Thursday, Friday or Saturday. We did get to see a few old friends last night in the form of C's 40th birthday bash, which was a BBQ and drinkies at their house up north....

I could say more but I can't and that brings me nicely to my subject today: Fixing Social Networking (or SocNet, which is the phrase that I've coined and is now copyrighted to me ;-) ).

The undisputed king of social networking is Facebook. With over 400 million regular users, 50% of whom check in every day, there's no denying it is all encompassing. That said all is not well in the kingdom of the book of faces. In recent years it's security and privacy policies have come under scrutiny and they've had to make significant changes, but while these things are concerning they're not the elephant in the room which Facebook are ignoring.

The fix is obvious and is simply a case of grouping your friends together in their respective social groups so that the right people see the right things and not the wrong people seeing the wrong things. The groups will have to be able to crossover because (in our example) you might be the type of person who spends time in the pub with your boss. It's a function that's not in place today, but you can bet it's being worked on, if not by Facebook then by google (Google Me) or someone else who has their eye on the SocNet throne. 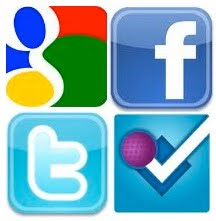 Worse still for the SocNet owners, this problem is by no means exclusive to Facebook. Twitter, Foursquare and any number of SocNet sites all suffer from the same basic failing. So in fact, what were faced with is not something that perhaps Facebook can fix or maybe even should. Ownership of this metadata about your friends (your relationship status to them) is something that is unique to you and you should take responsibly for and thus be able to manage.

I think your contacts is where the action is really at and we should look closely at the vCard, CardDAV (or similar) standard. Here's the ifs that could make it work:
Then each of the SocNet sites could (after your approval) interrogate this data and manage your posts accordingly. Of course you would still have to mark which of your social groups can see your posts, but you would have a finite list based on your contacts metadata that you own.

All the tech to do this exists today. The question is who will be first to tie it all together and make it work? Whoever it is, let's hope they get it right and then I can tell all - at least to the right people.
BBC BBQ Beer Cloud Daughter Facebook FourSquare Hospital Internet Mrs G Socialising SocNet Twitter