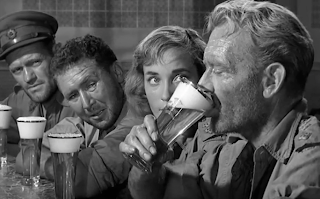 The end of the day can't come soon enough.
However, this scenario of an ice cold beer in Alexandria, or even in my house for that matter, is hampered by the fact that it looks like the freezer might be on the fritz.

The door's not shutting properly and I think that maybe because the outer door (it's one of those freezer-in-a-cupboard jobbies) is consistently used as a coat peg when daughter walks in the back door. There's nothing for it but a defrost and disassembly of the outer door to try and realign it. What joy.

Of course, global warming the way it is there's nothing to worry about.  In less than 24 hours we'll have thunderstorms, rain, sleet, hail and snow no doubt. In fact as I look out the window I can espy a jolly cloud heading our way as we speak.  And so I've crowbarred in a connection to todays subject, which is.... wait for it....    Jolicloud!!  (OMG - did he really just do that?! - Ed.)

So what's Jolicloud then ?
Well it's an Ubuntu based distro.  Still none the wiser??  OK, so it's an alternative to your poor old Windows for Workgroups/3.1/NT/XP/Vista/7 operating system which is designed for net-books (very small laptops) and laptops and just about anything you like really (apart from phones for the time being). What it provides is a very slick and fast user experience with all the Internet connectivity most users need.  You keep your data locally, but you can save anything you like online. It supports 3G modems, bluetooth & Wifi so you can in theory connect from just about anywhere.

I don't have a net-book, but I do have a VirtualBox platform, and so over the weekend I build a JoliCloud instance on it.  I make it sound like it was some sort of complex technical mission, but it's really very simple given some light concentration.  The result looks like this: 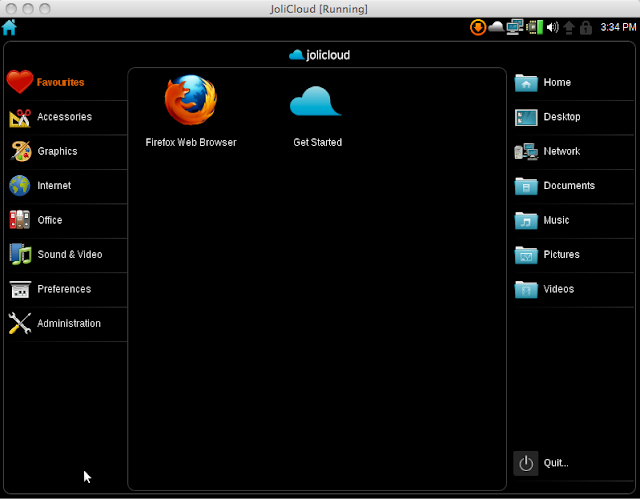 A nice simple layout and very easy to use point&click menu system that just does exactly what you'd expect it to do. But more than that, it does it very quickly too....  No more hanging around for Windows to do something-or-other that you really don't care about, this stuff just gets on with it.  Best of all, it's free and as the great man once said, you can't get much cheaper than that.

If you've read about the Google Chrome operating system currently in development, then you'll know what sort of thing to expect. The main difference being that this one is available now.  Next time Mrs G's laptop build of Vista becomes too much of a burden to fix, or Daughters net-book version of XP dies a death, JoliCloud will be the weapon of choice to replace them - at least for the time being.

Todays post was brought to you by the number 3, the letter G and the movie Ice Cold in Alex..... enjoy.