It's an easy question to answer for those that know anything about it. 'Iron Man' is a Superhero, while 'Iron Woman' is an instruction. And so, it is with this in mind, that I've concluded that it's good to be the font of all useless knowledge. For example, If I shared the prior information with Mrs G, then it would also be fortuitous that I am aware of the fact that a single person in the UK needs a gross income of at least £14,400 in 2010 to live to an acceptable standard. You see my point ? This also explains why it's so important to keep abreast of the news & current affairs.

According to "Larger-than-Life" Eric Pickles (I'm trying to be nice here - stop tittering), I could probably earn about £14k from a council "non-job" such as 'cheerleading development officer' or 'communications waste strategy officer'. But then he is the Secretary of State for Communities and Local Government, which sounds a bit like a non-job in itself. I can't quite explain why, but I don't really trust the bloke. He makes me think, if you looked up "Fat Cat" in a dictionary, you'd see his picture. I'm sure I'm doing him a huge disservice, so I can but apologise, not least because I actually agree with what he's saying (these roles shouldn't exist), although I don't agree with his defence of the first-past-the-post voting system and his belief that it results in stable government. 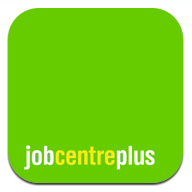 I'm all for cutting government spending - after all, I've been close enough to see it and there is no doubt that some of it isn't quite right. But this task should be fairly straight forward as anyone who's keeping up with the news today will know. I'm pretty sure there must be an app for that... after all, there's plenty of unemployed people with iPhones according to the government. Stop paying them so much benefit and they might have to work for a living!! I shouldn't generalise, but have we as a nation got the money to waste on these things:


The most expensive application was a proposed Driver and Vehicle Licensing Agency (DVLA) app that provides "a masterclass for changing your wheel".
Documents seen by the BBC reveal that the DVLA Motoring Masterclass app would cost £40,000 and would also work out fuel mileage, act as a hazard light and track RAC patrols.


Changing your wheel!!!! To be fair to the developers, 40k may be about the going rate - but it's not how much that's the problem - it's the validity of the requirement. FFS!!!!

Walking briskly away from the politics - because it's really not good for my blood pressure....
I need something calming... deep breaths.... rainbows!!! just the ticket....Don't you just love it when people react unexpectedly to perfectly normal explainable phenomenon...

OK, I think I've calmed down now. Lets go back and have a look at other news...

The James Dyson awards are coming up and hot tip for a winner is motorised shoes. Oh for heavens sake. Do your legs not work ?? I'm forecasting a huge increase in ankle related traffic accidents if these things ever make it to market.

More fun stuff: Have you ever written a review for a product on the amazon website ? You should, there's just so much fun to be had with it. I'm sure you've seen the "Mountain Men's Three Wolf Moon Short Sleeve T-Shirt", but have you read the review ?? Awesomness awaits you:
and for 10 more of the same, take a look at this entry from odd. Fun times.

OK, so last news story of the day, and it's a belter:


But wait for it, here's the best bit:


"Although I cannot claim to have seen the final picture - as I understand, these things are no longer claimable on parliamentary expenses - it was a big-budget affair and generated substantial income for the hospital. But apart from cheering up a few of the in-patients, it cannot be said to be contributing to the objectives of the primary care trust."

NHS Kensington and Chelsea said: "We can confirm this incident occurred some time prior to 2002 under a predecessor organisation's management and prior to the formation of PCTs."