The King of Smo is dead, long live the king of Drin...

on August 03, 2010
I've only gone and done it.... again.... Yes friends (and passers-by of no particualr aquaintance other than the words "utter rubbish" typed into Google) I have managed to kick the weed into the long grass where it's likely to be mistaken for stinging nettles I shouldn't wonder.

If you still don't know what I'm blathering on about, let me use plain and simple English to explain that I have given up smoking.  The last week or so's posts have been a bit hit or miss (some would say no change there then) and as I have such a well honed sense of self-awareness (no irony there honest) I can tell that the writing quality is directly attributable to the levels of concentration I've NOT been able to apply while going through the pain of not only cold but positivley frozen turkey. This is not going to be a "Guide to giving up smoking" or a "How to quit smoking" self help piece. It's just my observations. 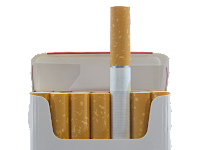 There's not really any physical pain involved, it's just the mental strength required especially when you're not supporting your brain with any sort of crutch like nicotine patches or gum.  I'm a firm believer in the power of the mind and that if you really want to achieve some goal or other, if you remain focused (easier said than done) then you can achieve it. And I don't mean in some sort of "Spaceology" way either. For those of you without access to 4OD, the basic principles of Star Maths and Wishy thinking can be seen here (sorry about the advert first): Spacestar Ordering.... now, where was I ?

Ah yes... remaining focused. It's two weeks today since I stopped, and I know from previous experience (we'll come to that in a moment) that the worst has passed. Getting through a trip to the pub with other smokers is the toughest test and I've got passed that. I'm not going to lie to you (as Ness would say) the first two days are the hardest. You almost constantly find yourself thinking - It'll only take a minute to pop to the shop and buy 10 or I'll just go and have a quick smoke.

I dealt with the first of these thought's by buying a packet of cigarettes and leaving them in the cupboard. I know they're there, but I've already decided I don't want any, and so there's no need for me to go and buy any. Of course you might think that makes the temptation that much stronger, but no.  Because logically I've already decided that I don't want any, so what does it matter if they're there.  I know this might sound nuts, but for me, in some sort of cyclic thought process, it just works.

This can however, be a dangerous strategy when there's alcohol involved, but as part of the holistic approach to "packing up the fags" I've severely reduced the beverage intake as well.  Of course this won't last, but it's got me through the toughest stage and now my body is used to not smoking again.  This means that when it's in a more relaxed state as a result of the assimilation of John Barleycorn - it'll be far less likely to feel the need for nicotine.  Hey presto!! Job done!

I definetly "feel" better for it. I'm still having the odd cough and splutter, but that's because my lungs are clearing. If you want anything else to help you focus on this sort of goal, well - this does it for me:


How Quickly Do the Benefits of Quitting Start?


With any luck I'll be back to normal by the time I'm 55. Just before I move on - the "previous experience" I mentioned....  Now this really can be a problem. Nicotine is one of those drugs that you can never really truly get rid of from your system. You can certainly reduce your dependancy to practicaly zero, but there will always be a very small part of you that occasionally (usually at a party where there are other like mided souls) will think "Oooo, I could just do with a cigarette now." I speak of this feeling with experience, because I have given up the dreaded vasoconstrictor (for that is what it is) in the past and as a direct result of this tiny thought, started up again. The war is won, but the battles continue.

The likes of Sir Walter Raleigh and later, James Bonsack as well as British American Tobacco, Reynolds American, Imperial Tobacco and Philip Morris all have got a lot to answer for.  Not that I care anymore.  I've slain the King of Smo and have taken my rightful place as the King of Drin (water mostly, but coffee and alcohol are always welcome)
And now to the news from around the net...   well, some stuff that I found randomly interesting or made me smile over the last couple of days...

Parkour (that running and jumping over buildings malarky) now has a slightly tweaked version known as PomParkour, which is the same thing but with ladders. It looks like this:

Some truly fantastic pictures of one of my favourite places (New York) courtesy of the Denver Post.

As billiards tables go, you don't get much better than this: Unique Billiard Table

....and finally, every security profesionals nightmare for $129 in your pocket: http://www.infinitec.com/
Drinking Drugs New York Smoking Stuff you might have missed