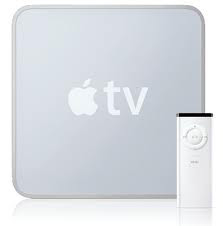 Finally the news is out there and good old Mr Jobs has announced the successor to Apple TV in the form of Apple TV 2.0 (for want of a better description).  Apple held one of their now legendary press conferences in the YBCA Theatre, San Francisco, California at 6pm UK (10am local) time with a whole bunch of new product announcements and for the first time the video of it was streamed live across the internet to apple devices. I experienced crystal clear video and no lag, most definitely NOT like watching YouTube. All very apt given the content of the presentation. In particular and of great interest to me is the future of Apple TV.

I've been an Apple TV user for around 3 and half years now and I love it. It streams media from my iTunes library wirelessly into my living room onto my HD TV. I get full 5.1 surround audio and an HD picture (assuming that the source contains both or either of these). It's a great way to share photos with the family, watch Movies, listen to music and even stream the odd YouTube video. It's like an iPod for your TV. Awesome.

So here's a quick list of the new stuff: 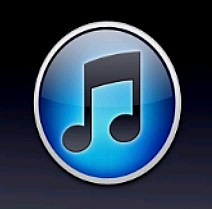 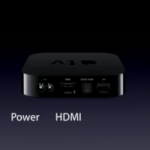 So now we have something new to look forward to and at a fab price. A mere $99 (£65). Of course we all know of old that what this actually means is when it's available in the UK (3 months after the US) it will actually cost us £99 or $152 (almost double) thanks to the ridiculous import duty and taxes that we pay in the UK. The problem for me though, is that as an avid user of Apple TV already, I won't be able to resist and I'm likely to be quite near the front of the queue come release day.

It also includes Netflix.  You may not be aware of it if you're a european reader, but Netflix is an online streaming service for movie rental. Today, it's only available in the US and Canada, but I have made noises at them in the past about a UK/EU service with fairly positive results.  I'm not on the alpha program yet, but I am on the list. Watch this space.

And where apple go, everyone else is sure to follow. So you can expect to see online streaming services appearing from every nook and cranny available, including: beefed up services from Amazon, Sony and a more defined service from Hulu (if it makes it across the pond)
Apple iOS iPad Media Movies Music