on September 01, 2010
I'm catching up (yet again) with work, having just had a glorious long weekend. Well, mostly glorious if we set aside the pain and anguish of seeing your daughter through an operation in hospital. That said, as I alluded briefly yesterday, she's doing well and it's all for the better, so really things are very good. Up and about again now and the pain has subsided.

One thing you should be aware of should you ever be encountering laprascopic (that's keyhole to you and I) surgery in the future. They fill you midriff full of air to be able to operate the tools unhindered through your abdomen wall. Post operation, some of this air stays in place and will gather at the highest point. Typically this is around the neck and shoulders and evidently the pain created by this air when you move your body is immense. Far more painful than any other part of the procedure it would seem. It takes about two days for your body to re-absorb this air, and then you can get on with recovering from the actual operation.  If there was a way I could save her from that pain, I would have, but alas it is part of the process.

So now she's back home and we're left with the true re-habilitation and for support the NHS Direct phone line.  Well, for now, but of course this is about to be replaced by a new number for non-emergency services in the UK which will be "111". Actually, in this particular case, we don't need it as all is well, but it does get me thinking about the good old call centre.

About ten years ago, the world and his wife decided it would a fantastically good idea to take all the perceived "Monkey See, Monkey Do" type work in the United States and send it abroad to be done.  And where America goes, the UK and Europe are bound to follow. On the surface, let's face it, who wants to sit and answer the phone all day long and deal with customer satisfaction issues ?  Well, actually quite a lot of people wanted to do that. So much so that quite a lot of people were actually doing that, until their jobs flew off to India and other far flung corners of the globe.

Now 10 years on, and the obvious truth is finally showing up on the decision makers bottom line which in turn drives them towards a change of plan. After shelling out large sums of money to get these call centers up and running, the staff at them are realising their worth to the companies involved and suddenly demanding double-digit percentage pay rises, to match their countries double-digit percentage inflation increases, which have been driven my the massive overseas investment that they've received.....   ahh..  Oh yes..   um...  duh!!! 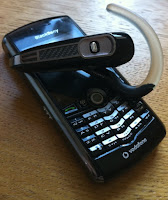 And what do the companies suggest is the answer to their problem ?  Move the call centers somewhere cheap....  Somewhere like? The US or UK/Europe where the staff are just happy to have a job no matter how poorly paid it may be.  This time though, there's a difference.  Now that broadband is all pervasive technology, all these call center staff can work from home.  And this means as a business, we don't have to buy or rent expensive office buildings. Our staff can do that instead!!

OK - So I've over simplified a little (as is my want) but the basic premise is sound and based entirely on fact. It won't happen in one blast over night, but it will happen and is happening....  You can find out more here: Outsourced Call Centers Return, To U.S. Homes  Good news for all those job hunters who've been let down by the banking sector.

On the other hand, if you haven't found a job, could you just make a point of becoming a drunk please? It's just that otherwise you could become quite a burden upon the NHS resources of the state, because according to Time magazine, heavy drinkers outlive nondrinkers. I love good news stories like this one. Three glasses of red for me from now on.

All we need now is a really cheap source of electricity. But of course if such a thing existed some of the largest companies on the planet would be using it wouldn't they. Oh... You mean they are? And we didn't know....