on July 20, 2012
Not often that I talk about music on here, so here's a whole heap of stuff that I should share with you.
First of all, the unusual album collection. Take a look at these three and see how many you recognise.

An eclectic mix, I'm sure you'd agree. But not only that. What really stands out about these three musical masterpieces is the fact that none of them are commercially available. You can search high and low for them. iTunes, HMV even Pirate Bay, you won't find them anywhere for the simple reason that they don't exist. Shame really, but that's the way it is.

So what is the point of that then, and where did they come from?

Have you heard of 4chan ? (don't click that link just yet - its got all sorts of stuff on it, most of which is Not Safe For Work - NSFW! - you've been warned). However, it also has lots of stuff that's very very funny. The link will take you to the Music board of the site, which carries all sorts of discussion on the subject, and this is where you'll find hundreds of other albums like these, that simply don't exist.

The wits of 4chan have come up with the "Create an Album game". Here's the rules:

1. Go to Wikipedia and click "Random Article" in the left column - The result is your band name.

3. Go to Flickr. Look at photos from the last 7 days and the fifth picture is your cover art.

Still on the subject of music.... This sounds good to me: The Lateness of the Hour (Deluxe Edition) by Alex Clare for £8.99. You've probably heard one of the tracks which is getting lots of airtime in all sorts of places. "Too Close". Good stuff. 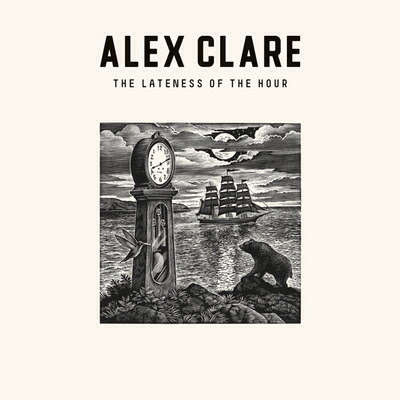 That's it for now. There's bound to be some stuff on my G+ stream over the weekend. Unlikely to be a blog post though, just because there's a lot going on.

Next week will me see me back up that London for three days. A great place to be on the run up to the "O" word. Expect chaos to ensue.