on July 15, 2012
Landed with a bump... Both at Birmingham airport where the Irish company of 50p flights (or not actually) came in hard and fast, and of course with the dawning realisation that there's a Monday morning fast approaching and that means our holidays is well and truly over.

Still, it was nice while it lasted and it means that we can start looking forward to the next one (when there's an "Oct" in the month)

Other than the hard landing, the return journey was unremarkable and uneventful. The car was there to meet us and we'll definitely be making use of valet parking again in the future. Saved our holiday without a doubt.

..and so what does England have in store? Well, there's the Libor scandal, the rift in the coalition, flooding and of course the "O" word complete with withering torch currently in the Channel Islands. Hmmm. Seems like if St Swithin is to be believed, the flooding will abate, which as a result will mean the "O" will be hugely successful and the Libor Scandal will just bring the enivitable collapse of the coalition ever nearer. All in all, not bad then. 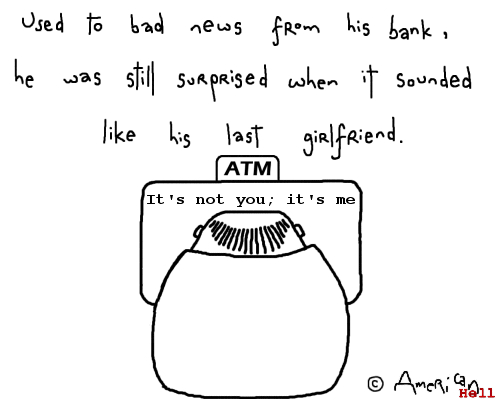 Now, what of work? I read from the badman that while things have happened, nothing's really changed. At least his DIY electrical skills haven't seen him electrocuted and his huny pot is a little fuller. It seems that while Scobie would also like to be on holiday (and who can blame him) at least he's keeping up with the tennis, his Humax and even has some DIY to do as well... And then I also read that the Gorse Fox is busy DIYing in preparation for his house sale. Looks like there's only one thing for it... DIY all round.

Mrs G and I have a plan. New floors, refreshed sofa, new wall colouring - in fact a full on DIY fest. We have some working out to do, but you can expect to hear more about it in the not too distant future.
In the short term, next week involves two days off (I know, its an outrage as I'm not even back yet) but it's all for a very good cause... a wedding - just what's needed for a proper British summer.
This is good, lots of good stuff to look forward to, and yet still, there's a Monday Morning coming... Let's hope it's not too hard a landing. 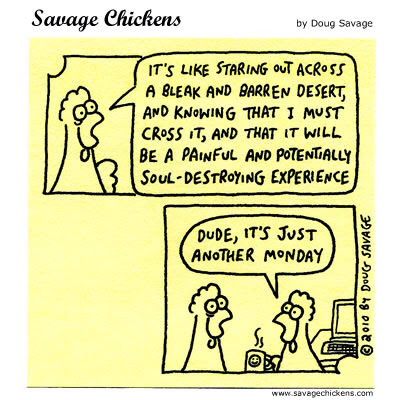 * Error 1202 (for those how don't pay attention to their tech history) is the error that the Apollo Guidance Computer spewed out moments before the manned landing at Tranquility Base on the moon. They also came down with a bump.
** Thanks to AmericanHell and SavageChickens who always provide great entertainment.