on August 03, 2012
Shockingly, I've heard tales of Scobi doing the nasty with Mrs Scobi. They are however, just tales. I have made a point of asking him for evidence, but luckily, so far, that's not forthcoming. (There's a joke in there somewhere - Ed)
However, the Internets are our friends and a quick google for "Sticking it in the back of the net with Mrs Scobi" revealed this little gem... 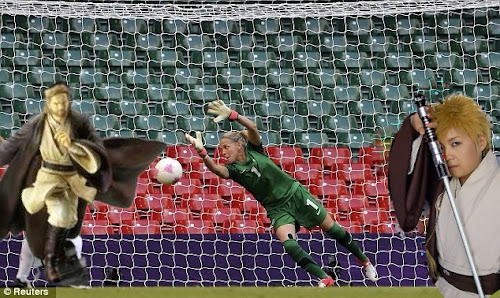 With special thanks to all those involved.
Have a great weekend.