One thing that's blatantly obvious to me is that if you're going to talk about your work with your colleagues, you don't do it on the train. I mean you could be talking about strategies for dealing with your potential suppliers during a bid process, while one of the members of your suppliers bid team sits in the next row and hears the entire conversation.... Just saying.

It also affords the opportunity of a great round of bullshit bingo. Here's a few phrases...

"Green Elephant", "Templated Architecture", "it is the Wild West", "read what is says on the tin and the tin sounds pretty good", "we've got to get our model sorted out", "The authority have screwed them down to tightly" and other such whiff-waffle to merrily misquote Boris Johnson. As it turns out, they're not working on exactly the same project that I am, (it seems a day out in London is a fairly rare occurrence for them) but they are on a related one. Follow this up with loud and berating opinions of current affairs and everyone can figure out what sort of people you really are. Fascinating.

All this just goes to show, you never know who's listening... Or who's talking...

In other news... The Best Exotic Marigold Hotel came as a really nice surprise over the weekend. OK, so it's a bit of a Brit-rom-com in the vein of "Love Actually" or "The Boat That Rocked" and one might say that's its cynically place to tug the old heart strings in the relevant places. If you decide to look past this and let it wash over you, then it's quite a treat. You might say its the story of a bunch of old farts rolling around India as if they were on some old age grand tour, but it's a bit more than that. I was happily surprised to find myself enjoying it and its good clean all round entertainment. The sort of thing your mum will like.

Now, what else does this week have in store - aside from getting up at the crack of dawn to traipse across London, spend the best part of 12 hours chained to a desk (internally playing bullshit bingo), late suppers, late tubes or taxis, 6 hours restless sleep and repeat until Thursday night.... 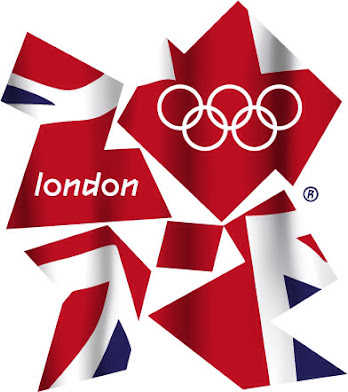 Today being Monday and the Olympic festivities having just finished, there will be a grand parade of athletes through town. Starting at 1.30 at Mansion house and running up through the Center of the city to Trafalgar Square, a procession of 21 buses loaded with Gold, Silver and Bronze medals will do their very best to bring all chance of afternoon travel to a standstill. Quite effectively I should imagine. Less cynically, I'm all for it, but it's unlikely that ill be unchained from my desk long enough to do anything about it.

I'm also making a concerted effort to catch with old friends this week, and on Tuesday I'm hoping to slope off a little early to see a friend of mine who works in food and film. More on this if it happens.

Then there's a free film festival taking place on the south side of the river, up near Tower Bridge on Wednesday. It's a case of turn up and sit down, which is always entertaining and if the weather holds out I might well have a stab at it. The first film though, is, you guessed it - The Best Exotic Marigold Hotel. Ah well... Maybe, maybe not then.

Thursday will be a case of trying to catch a sensible timed train back to humanity from the chaos, possibly followed by a run out of the Wednesday/Thursday Club, depending on how delayed they are.

And then blessed Friday, which this week is a day off. Now that were living in a large and spacious hotel (kids having properly flown the nest) Mrs G and I are about to start preparing for new flooring, painting and general decorating of said surroundings. First off, we need to go look at some examples of what we're after. We've got a pretty good idea, but it's more of a sketch, and needs colouring in. To that end we've plumped for a long weekend so don't have to return to the hell of it all until Tuesday.

Lets see how it all pans out.