To a Mouse, on Turning Her Up in Her Nest with the Plough

I'm at the end of what feels like a very long week.

It wasn't that long really, but I'm out of practice at staying away from home - up that Laandan - and not being with Mrs G, daughter, son and the rest of my life. Packing suitable belongings to last the best part of a week in hotel room the other side of the country isn't really good for the soul, or life in general, but it is good for a change.

It's been slowly building up from one day, to two days, to three and then this week four. It only wasn't five because Mrs G and I had already planned a long weekend and I wouldn't miss that for the world. Being a long weekend means that next week will only be a three day week abroad, albeit a four day week of work. I suspect the week after might be a full-on five, but lets not get too carried away just yet. 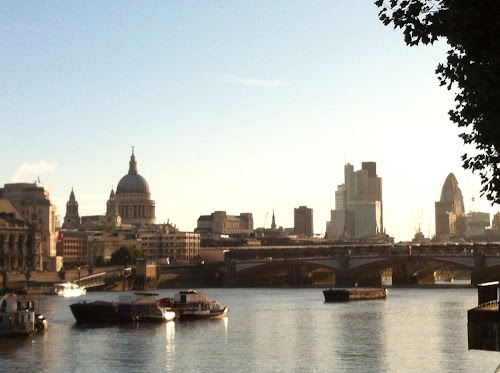 I'm not going to gripe about it at any rate. It's actually been quite enjoyable. Progress of a fashion has most definitely been made, and the evening entertainment as been pretty good too.

I eluded to the Olympic champions "on the buses" (I'll get you butler, etc etc.) on Monday, catching up with an old mate on Tuesday and possibly catching the free film on Wednesday. None of those things happened, but then that's the best laid schemes of mice and men and all that.

However, on the plus side some pretty reasonable nosh was had. A bloody marvellous Street Mexican - which I'd very highly recommend. A not half bad burger (with beer and football) and a somewhat posher Brasserie Blanc swiftly followed by some reasonable (if a little pricy for one of our party) wine in a very very French wine bar. My turn to buy next time.

The Mexican was exceptional. Extremely sensibly priced for a start - always makes for a winner. Two of us both had a mixed platter of various Tacos, Nachos, Mini Burrito's and the like and two beers. It felt like, and indeed was a filling meal that left you want - but not needing - more. The whole thing was barely 30 quid, and you really can't say much fairer than that for great food in central London. But what do I know (a lot more than I let on probably). Try it for yourself at Wahaca http://www.wahaca.co.uk

Then there was the burger. Not from one of those chuck-it-up places like McDonalds, but in a pub called "The Thirsty Bear". Pubs being the most competitive places on earth at the moment - what with there being a recession on and everyone wanting to drink-to-forget-that-they-can't-afford-a-drink and that.... - what a boozer needs is to stand out from the crowd, and that means a gimmick. The Thirsty Bears gimmick is outsourced staff to iPads and the customers - an interesting, if not fully workable idea.

Each table has an iPad securely locked to it and running a limited amount of apps, the main one being the pubs self service ordering system. You open a tab by swiping your tables card, and pick and choose the beer you want or food you're after using the app. A couple of minutes later it magically appears at your table being delivered by someone who hardly has to know how to work the till and should really be struggling to get your order wrong because it was not really anything to do with them in the first place. More over (if you get the right table - and we didn't) you can pour your own beer! No more queuing at the bar, just pull the pump on the end of your table and beer is delivered directly to your glass. As gimmicks go, it's a pretty good one, but I'm not sure it'll catch on.... A bit like the telephone.... I mean who would go to the pub and pour their own beer?? :-)

Oh yes - the food. Tasty, but massive. Painfully huge portion - and it was only the 8oz'er. There is a deal to be had if you're quite literally gutsy enough (and I know a carturean who probably is). Eat three one and half pound burgers and drink two pints of beer, in an hour, on your own and get it for free.... Unlikely at best. If you fail, it's 60quid.... Nuff said.

Finally the Brasserie Blanc. This is a new one on the South Bank, just opposite the Canteen of the Royal Festival Hall. It was OK. Overall, I'd say a disappointment. There's BB in Cheltenham and it really shows this one the door to be fair, although the Cheltenham venue does seem to be a damn sight more expensive, which came as a bit of a shock. Still, it was perfectly edible and I would go back depending on the menu, which varies from time to time.

All was not lost however, as The Stoke Chef, The tall bloke and me managed to find an old haunt of mine from several years ago, which looks like it hasn't changed a single jot. And so it was that we rounded off the evening with a bottle of vino in Gordon's Wine Bar just up from Embankment tube station - and jolly good it was too. Next time, bread and cheese all round.

And so to the long weekend...

Squeek next time. (See what I did there?)