End of the Road/Lane type thing

It's been a couple of weeks since I put virtual pen to paper, but here at last is a bit of a catchup. It's Monday morning, and as has been the way of things in recent weeks, I'm back on the train up that Laandann to resume the slog and hard trudge in what I'm led to believe is going to be a very different landscape to the one that I left a week or so ago.

Imagine for a moment, a wibbly wobbly picture of the world as we go baaack-iiinnnn-ttiiimmmee to a fortnight ago, and see what I can recall of the past fourteen days.

Rain was the order of the day a couple of Mondays ago, but I didn't mind given the fact that this was to be my last week before clearing off to the sunshine on holiday for a week. The work was as the work is. Plodding and largely uneventful, but for the fact that we were still a man down and the working out of the numbers still had to be done, with me firmly in the firing line to do it - because, as I've said before, no one else can be arsed with such a menial job. I spent some time with the Pricer, an amiable chap from Wales and we drew up a plan that should make churning out future revisions - for there will be many - very straight forward.

I also spent some time getting things lined up for the Stoke Chef and hopefully that should make is upcoming review cycle a little less painful than he envisages it being. It's his first time as "lead" and I think he has concerns. He needn't though. He's more than capable even if he may not have all the bits and pieces he needs to make a polished job of it.

It seems, that some how (blind luck in all honesty) I've managed to align my vacation week perfectly with release week for both deals, and as such (at least in theory) I won't be around for the last big push before we drop the results for the clients. I'm sure there's every chance it won't work out quite perfectly, and I am getting a few "jammy ba&@£?d" type jibes from the tall one and the chef, but that's the way the cookie crumbles.

The down side to this is that I have to handover what I've done so far to a stand in. Obviously I've been doing far more work than I should have been, because the powers that be have arranged two stand ins, one for each deal. I have the utmost faith in at least one of them, and concerns - though mostly second hand ones - regarding the other. It's only really a worry, because I know that when I return from holiday, I'll probably be picking up the pieces and if its badly broken and needs repairing, you can bet some pieces will be missing, and the picture on the lid of the box will have been painted over. (Go pick your own analogies out of that)

This week I was located in the Holiday Inn. The mob persuaded me to travel over to Swiss Cottage for dinner, which would have been fine but for the journey "home", which took forever thanks to delayed services late in the evening. The Queens is a perfectly enjoyable pub on the edge of primrose hill, but having visited twice, I'm yearning for somewhere more interesting and can't really see me returning in a hurry.

Tuesday night saw the tall,one, the chef and I take a trip to Ledenhall Market, up the city. I spent some time here a while ago, whilst helping out an insurance firm that sponsor rugby and its a gem of a spot, with a nice little boozer and a couple of restaurants in the heart of the city proper. This time we had Italian, which was completely bearable and not part of a chain. Up a very narrow staircase just next to the pub - if you're passing that way, it's definitely worth a look. 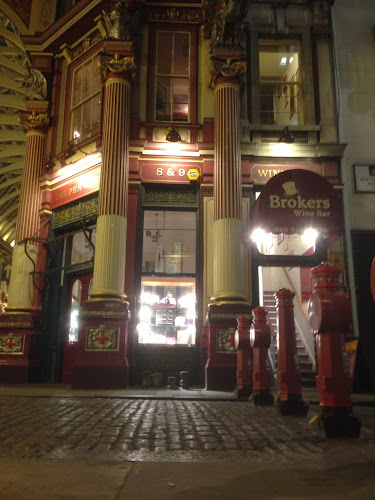 Wednesday, we finally decided to make a curry night and headed off to the now infamous Brick Lane. Interestingly we failed to find it on the first go, having exited the tube station turned right and walk straight past it. We trudged on until we hit upon a dirty little boozer all painted green who's name completely escapes me, but a gem it was. The sort of place you wouldn't take your mum, has probably not seen a paintbrush, or even fresh air, since before the smoking ban, and with a local artists pictures strewn around the faded walls. A single bar is tucked under the stairs and you really do feel like you might be intruding on someone else's party. Marvellous. 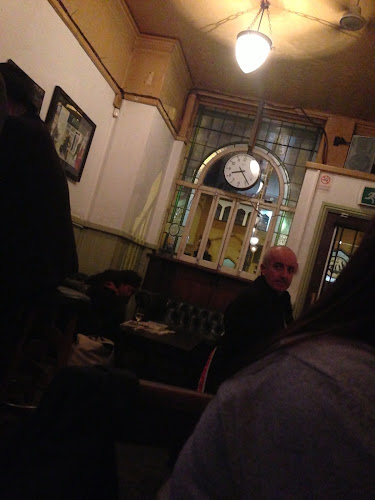 It was here that we discover we'd walked past the "Lane" and two pints later sauntered back in search of food. Brick Lane is a hive of activity, and I'm told the best curries in London. Sadly, I'm not convinced. There are plenty of places to choose from, for sure, but the constant sales pitch from the staff at almost every one of them gets a bit wearing and is not a little off putting. "Yessir. come on in. We give you free beer sir. How much you wanna pay?" And so on and so forth. We settled for a place near the end of the road, next door the the Aladdin. It was a curry just like every other I've ever had. Perfectly acceptable. Nothing to shout about. After all the hype of "Brick Lane" I can't help but be disappointed. Perhaps we just chose an average one, and a second visit might improve it - who knows.

Back in the office and with most of the handovers complete it was back out west to finish the week off and get ready to fly off to he sunshine. Friday still kept me tied to my laptop with last minute bits and pieces which was agonising, not least because I needed half an hour out to go and get some Sterling turned into Euro's - but it all worked out in the end.

Friday night saw a plethora of packing and preparing all ready for the off and we tried to get an early night despite the excitement of getting away being so imminent.....