Once more into the buffers...

Some days just start in a painful way. Last Monday was one of those.

The alarm dragged me awake at five to six. An ungodly hour and for the first time this year it's still properly dark. Very depressing. By the time I arrived at the station the drizzle was relentless and unforgiving and just adds to the misery. Standard routine dictates, a cash withdrawal from the ATM and a cup of coffee for the journey. Not today though, because today is clearly destined to be "one of those days". Cash machine is out of order, so no cash and so no coffee.

Far far worse is yet to come though. Unluckily I got to spend the next two hours sat next to and respectively opposite a couple of women who were on their way to a conference. Their company had seen fit to send them off up that Laandan and now I know why. Clearly the other members of their office needed a break. A day of peace and quiet for the staff left behind, but not so for those of us on the same train as them.

I now know this pairs complete life story and that's occupying a piece of my brain that I'd really rather be using for something more useful. Perhaps venting about it here will help get it out of my system.

2: "She's fine, but she does my head in a bit now. She starts telling me about people I've never met all the time and I start to think she's sounding like an old woman."

1: "and they talk about ailments"

2: "Oh yeah. It's always this person that I've never met and how they're ill and that. But she's fine. My step dad's ill though. He's not been well for ages. You remember when that little girl went missing a out 10 years ago? Well he had a stroke on the same day and he's not really been right since. When was that now? About 10, no maybe 12 years"

Draw your own conclusions. Two hours of it is agonising.

However, with the stiff-British-upper-lipness that one should adopt in such circumstances, I press on into the working week, safe in the knowledge that "things can only get better" as the song goes. Sure enough, there was lots of hard work and a couple if jolly good evening's worth of entertainment.

This lot are a good bunch and we're all scrambling about in a bit of low lying fog trying to make the best of a bad job. Overall it's not going too badly, especially when the fog clears occasionally, although at a senior level there does seem to be a never ending game of musical chairs going on.

Outside of the work, Monday night saw a couple of beverages in "Ye Olde Mitre" as featured in the movie "Snatch" if you know where to look and some dinner in "The Bleeding Heart". Both excellent establishments and should be on any visitors list for classic British pubs and good food (The former being a classic British pub, and the latter doing the food - not vice versa - unless a cheese toasted sandwich is what you're yearning for).

Tuesday was a stop at "The Mad Hatter" for a pie and a pint and some football. On e again, reasonable food and very good beer. Conveniently located for me and my colleagues as it turns out, and is likely to get future return visits. It's also very good value.

Wednesday on the other hand saw us pushing the boat right out. A trip to a very upmarket Eastern European restaurant. Think gourmet boiled potatoes and cabbage. "Baltic" is just opposite and around the corner from Southwark tube. It has a deceptively small frontage, as it has a mahoosive "backage", is a bit pricey and provides an extensive range of vodkas (its not just clear and strong - it can be flavoured, and cloudy, and very very strong too).

On the corner opposite Southwark is "The Ring" (There is only one - to rule them all and all that) which is a boxing themed boozer and the punch line to many a joke in great distaste. So it was with some trepidation that before dining in the Baltic, we took one up the ring. Still, you can't knock it until you've tried it. The place was packed, a good turnout, and many people were well oiled in the ring. And so the crudity of jokes kept declining into chaos while at the same time, flowing.

On the way home, as they were closing up, the seats around the ring were in piles... Most uncomfortable I'm told.

Enough. Friday was working from home which was a blessed relief but also bloody hard work. Being split across two deals is challenging at this stage, but workable. Not leading either of them is also a result - even if I'm quite sure I could if I actually had the inclination to. I am long enough in the tooth to know how uncomfortable rods in the back are though - I don't need to be making any - if you get my drift.

Saturday morning had Mrs G and I up at the crack of dawn to trundle off to Wiltshire to see the elder Balls, sister Ball and granny Ball. All in fine fettle and an entertaining day was had. We stopped overnight and had Sunday lunch with Granny Ball which is always a delight and a privilege especially as she's still going strong at 92 (even if she thinks she's in her 70's). Sister Ball has acquired a couple of new friends - Milo and A, both of whom are very cute and immensely entertaining. 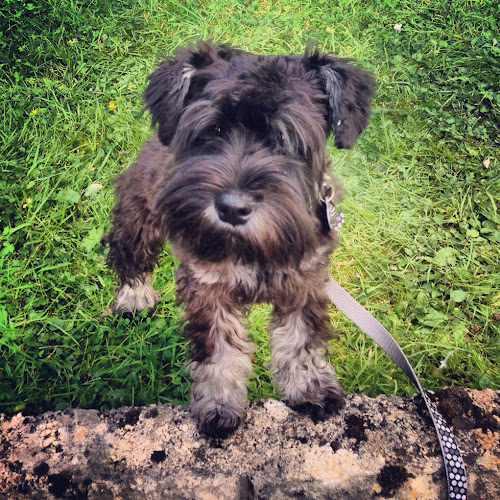 A quick stop at daughters on the way home to share a cuppa and some chocolate cake and then home to unpack and repack read for Monday morning. In all honesty I'm not sure the weekend ever even happened but such is my lot at the moment.

Well - gotta dash, here's Paddington. Lets see what fun we can cram into this week.