Saturday dawned, and we didn't wake up early, because we didn't have to. Having learned from our expedition to Ibiza earlier in the year, this time we had bloody sensible flights meaning there was no sense of rush and no danger over oversleeping and nearly missing the damn thing.

The kids (which they really aren't anymore - and this makes me feel very very old) arrived at 9am and by 9.30 the taxi was whizzing up the M5 towards Birmingham International with all the luggage and necessary paperwork and of course the four of us.

The tieving (yes that's how you spell it) gits that are Ryanair, flew us south to Mallorca without any hitch worth mentioning beyond their constant and annoying sales pitches. Every two minutes it's - "Ryanair would like to bring your attention to the (insert retail opportunity here)". And then that bloody fanfare when they land which is clearly yet another lie. It's interesting how they claim the flight time will be 2 and half hours (in either direction I might add (so no Gulf Stream, Trade winds or any other such nonsense to adjust this timing) and yet no matter what happens, they seem to be able to make it in 2 hours every time.... No wonder they're such a well performing airline... Doodle-Da-do-da-dooo My arse!

Hertz for a rent-a-car did a great job (so far) and instead of providing us with the pre-booked Vauxhall Astra (or equivalent) came up with a Renault bus. A seven seater which was far more than we needed, but turned out to be a great vehicle and far more useful than we can have imagined. As usual, seriously unreasonable charges appear at this stage which can, for the most part, be ignored. I did swallow the excess insurance waiver though at €10 per day. Well, it was that or risk €1200 if I reversed into a bollard in a vehicle I'm unfamiliar with, on the wrong side of the road. A likely outcome - so worth it probably.

With daughter riding shotgun, 50 minutes later we arrived safely at our villa on the edge of Puerto Pollença and squeezed the bus onto the tiny driveway. Dropped off the cases and went in hunt of the rest of the family, for there were many of us on the island.... 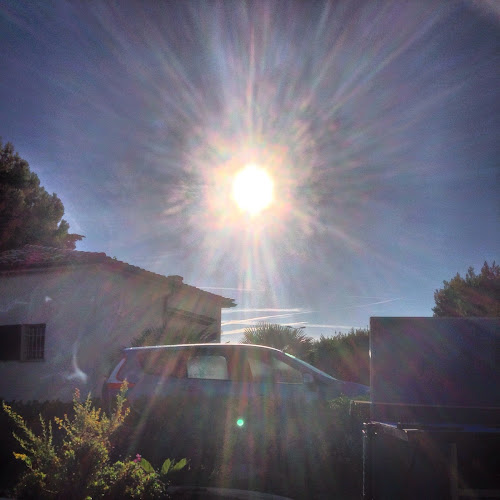 Less than a mile from our gaff was the gaff de la cousins, and sure enough they were all on site either up to their necks in the swimming pool or in gin and tonic - naturally we joined in and the holiday proper got underway. Mrs G's sister, brother-in-law, and 3 kids were accompanied by their close friends, J and B and their daughter who is good friends with the chip shop boys. Then there was Mother-in-law and W as well. A grand total of 10 in their expansive villa, which included tennis courts, the aforementioned pool, table tennis, pool, barbecues and the like.

Our gaff was a little less pretentious, but the only major difference (aside from its size) was the lack of tennis courts. If your looking for one of these sorts of places, I'd recommend VillaPlus.com - very reasonable prices and good quality accommodation to boot.

All four of us have now done time on all three of the Balearic Islands (off the coast of mainland spain for those of you with a lack of geography in the region), being Menorca, Mallorca (Majorca if you like) and Ibiza and we've immensely enjoyed all three. I prefer Ibiza and Mallorca over Menorca but I can't really decide between those two. 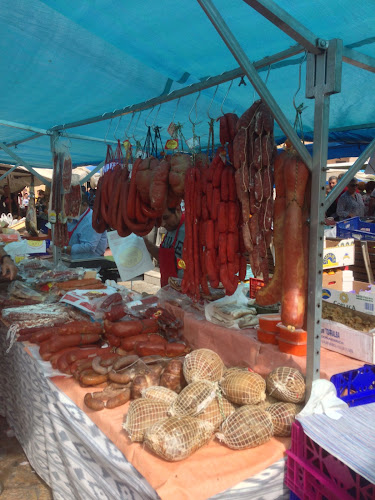 As the week wandered on in the balmy 25 degrees worth of regular sunshine, the days gently merged into one and all thoughts of work were forgotten. The beaches were sandy, the sea warm and inviting, the food enjoyable, the company remarkably well behaved for family. :-). No one fell out, and no one felt left out (as far as I could tell). Obviously with such a large group, you can't please all the people all the time, and teenagers will be teenagers, while old codgers will be old codgers and I dare say parents will be parents in some eyes... Regardless, we all all had a good time, and none of us really wanted to come home again to wet and windy blighty.. 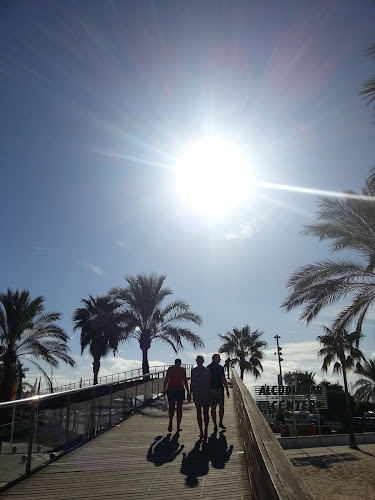 Still, all good things must come to an end, and after an especially enjoyable breakfast at "Tolo's" along the front in the port, we had to head back across the island to the airport and our flight back with the tieves that brought us here.

On arrival, daughter had some sad news, that her fish had survived the week with Sons friends - can't say that I'm especially surprised - lads shouldn't be trusted with fish - they'll batter them given half a chance. The cats both appeared completely unharmed though.

Sunday meant getting organised for the first day back at work - up that Laaandan, with a hotel and a train and all the grief associated with that. A quick look through the emails, at what's this???? MrH (who had allegedly not been well of late) has resigned!!!? Uh oh... Something is obviously amiss. So god know what sort of position things will be in when I arrive on Monday morning.

I don't know - I only left them to it for a week, and the place has gone to hell in a handcart as the saying goes.

Oh and as if by magic - here's paddington. Remind me to tell you on my next visit about the phone situation, I've acquired another one. Oh and the forthcoming golf. there really are not enough hours in the day right now. Ridiculous.