on December 23, 2012
.....and so it is that I find myself sat on a train on a wet Saturday afternoon in the cold and near dark having survived the Mayan apocalypse and the WTC Christmas do.

According to all the major news outlets today is last-minute-Saturday (I don't really hold much truck with this fad of naming days based on their retail opportunities or just position relative to a national holiday - but I'm sure I can have some fun with it). The last Saturday before Christmas Day and all those that waited to see if the world was going to end, now have to go and get their present shopping sorted all at a bit of a rush and with much swearing and jostling I suspect. Should probably be called Sweary Saturday.

Luckily Mrs G and I have been particularly well organised this year - so what am I doing on a train?

Well, the Wiltshire lads also have to have a Christmas do, and so a few of us are getting together in that other well known spa city (Bath) to celebrate the season, have a bit of a catch up and no doubt rather too many festive beverages.

Now, this being England and the weather being our main topic of conversation, last-minute-Saturday wouldn't be half as much fun without total and utter travel chaos caused by a few drops of rain. Sure enough, and on cue, the rail network has failed to run smoothly, aided by a fire in a signal box in Paddington and floods throughout large parts if the south west. That being said, my journey to Bath (via Bristol) is running smoothly all be it 20 odd minutes late.

This wasted time (just sitting and waiting) provides the perfect opportunity for me to actually get on and write something vaguely interesting (obviously that's somewhere else- Ed). Actually it's one of the rules of life which I recently stumbled upon (see below) and honestly, if you take note of them - life's a lot better than you think it might be.

Last time I promised I'd tell you what the X-37 is up to... Well here it is. Bear in mind this is tip top secret, not to be divulged to anyone, keep it under your hat and a nod is as good as a wink to a blind man - know what I mean? Say no more....

As you're aware the government have been trying to make some in-roads into tracking all of our Internet usage via various legal routes. Of course there are several groups who leap on their every move and stop it in its tracks citing things such as privacy and free speech and so on and so forth. This makes us all feel good and that we're winning the war for an open and free Internet for the benefit of all mankind.

And while we were busy looking into this huge pile of paperwork that the various governments of the world were creating we didn't see that they'd cancelled the space shuttle program in favour of the X-37 to deal with the Alien invasion and off planet storage of all human knowledge to a server farm on the dark side of the moon. Probably.

We all know that Aliens first made contact with the governments of the world in the late 1950's (although of course they'd been slowly and surely laying their plans against us for eons before that). Obviously when we as a populous first ventured into space, they couldn't have that and so had to make themselves known. This led to the governments of the world realising that to preserve human life they'd have to deal with the Aliens.

It turns out that Aliens like nothing more than looking at pictures of cats... Especially ones that are dressed up, or pulling strange expressions in unusual circumstances. Well, actually, not just cats. They like unicorns with rainbows shooting out of them, they like dogs dressed up as lawyers, they like knowing that "one simply does not walk into moordor" and all that other meme based comedy that makes the underbelly of the internet simply perfect for procrastination. The only way to stop an Alien eating your brain is to show it a picture of a cat/dog/random individual with a funny expression... And so "Can I haz cheezeburger" and 9gag (among others) were invented to protect us all. Memebase Alpha if you will.

With some governments unplugging or tampering with the internetz - memes were suddenly at risk and so a mahoosive server farm on the dark side of the moon has been constructed, (memebase) where a complete copy of all that sh1te that's online is kept. This way, should the unthinkable happen and the internetz fails thus leaving us wide open to alien attack, then our defences would in theory at least fail over to the dark side of the moon where Nyan cat, grumpy cat, lawyer dog and all the other time wasting pop culture distractions would keep us safe. Think of it as the dumb equivalent of the Star Wars programme from the 1980's

I'm pretty sure that's true, factual and correct - or it might not be.

So seriously... Have a very merry Christmas and enjoy your break if you're getting one. Here's the list of really helpful instructions for living life and generally enjoying it rather than letting it eat you.

Until next time - take care out there.

Use travel delay as opportunity to stop rather than get stressed. When the world stands still, let it. [Karl Durrant]
Whenever your spouse says something the first thing you should hear is “I love you & want to spend my life with you”. [David Inman]
Stop clinging and embrace change as a constant. [Isabelle Cholette]
Try and give people the benefit of the doubt if they snap at you. Might be something going on you don’t know about. [misslmdavis]
Wash your bowl immediately after eating! [niekstarr]
The daily practice of silence. [dimovich]
Life is so much easier when you make a decision within 5 minutes. Longer than that and you get bogged down & never decide. [Tiffany Cooper]
Friendship is a gift, not a possession. [Chris Reetz]
Mostly nothing is that serious as it seems in the first moment. [Julian Pollman]
Before you go to bed, write down only 3 things that you want to do the following day. This is how to prioritize. [Ziba]
Do the most important task first thing in the morning. [Jordan Ayres]
Make all driving a mindfulness practice. Well being and safety! [Branden Barnett]
When you think you want something, put it on the planner a month from now. When that month rolls around and you still want it, OK. [connie baber]
Smiling … seems to help with most things. :-) [zen fostering]
Love where you live, and work in walking distance from where you live. [Anoel]
Expecting less or nothing, and just being. That way disappointments are nil and you are pleasantly surprised often. Simple. [Traci]
Allow extra time in your schedule for wandering. [dylan]
Meditate — it makes everything fall into place. Being happy makes life so much better and easier! [Gabriel Rocheleau]
Do something relaxing before going to bed. No electronics. [Rozanne Paxman]
Don’t fold clothes. Saves time and hassle. [Rachel Jonat]
QTIP: quit taking it personally. [Will Hopkins]
To avoid cluttering: After any activity, put everything in place. It only takes 5 minutes vs. 3 hours if you allowed to pile things up. [La Piña]
Organic steel cut oats. YUM! [Prem]
Realizing that you treasure experiences over possessions makes life better. [Sophia Khan]
If you lick a glass before drinking from it, your lipstick doesn’t smear the glass. [natalie fergie]
When in doubt, take a deep breath. [Kevin Cuccaro]
Define what’s necessary; say no to the rest. [Dana]
Expect nothing. Welcome everything. (from a homeless man with AIDS on the streets of Vancouver.) [Sarah Chauncey] 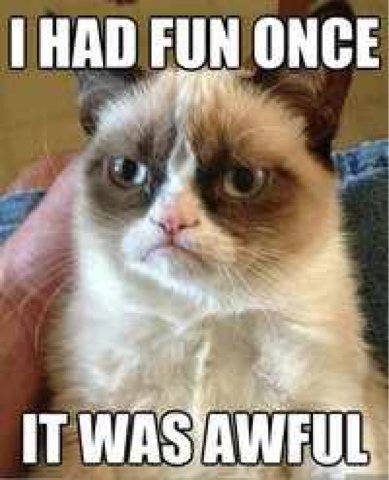 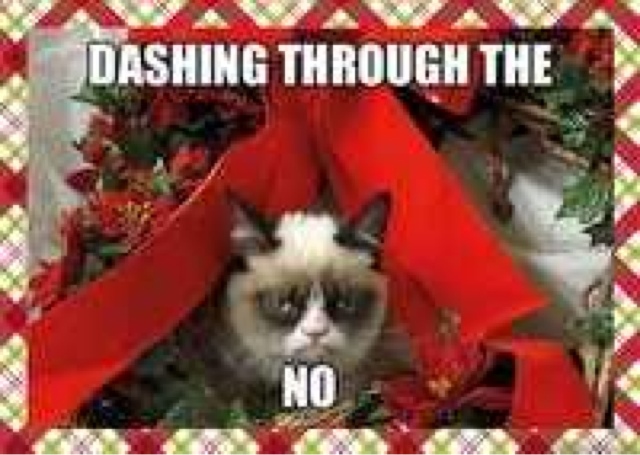 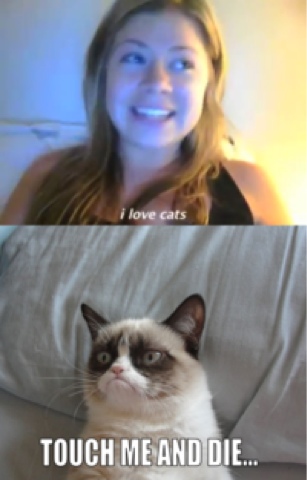