It's been a funny old week what with one thing and another. Naturally I wasn't particularly enamoured with spending my Birthday away from Mrs G and the family, but I really didn't have much choice, and while all birthdays are significant, it wasn't a particularly round number ending with a 5 or a zero, so I suppose it was less significant than normal (if that makes any sense?)

Wednesday's journey was nice and easy with very few people about on the Laandan commute, no doubt because of it being the middle of the week. It was good to catch up with the team again and properly get my feet back under the table and get stuck into the meat of the job in hand. There's four of us working on it at the moment, (aside from the other departments we're guiding through the maze) but this is all set to change. The lead guy is going off to do something else for a couple of weeks and one of the others is going off on vacation, so there will just be the two of us (me and the tall bloke) trying to get things sorted and we have a fairly serious deliverable to get in place in about 4 weeks time. It's going to be a tough month or two. 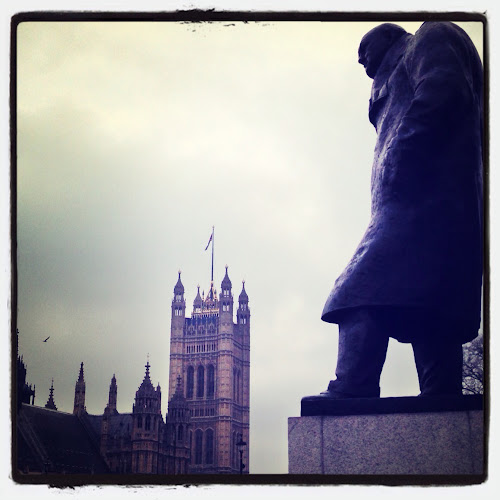 Still - it keeps me off the streets, and sadly away from regular social groups. Wednesday night we took a trip to "The Baltic". We've been before. It's a fairly up market Eastern European eatery which serves all manner of boiled meats and of course cabbage. I'm making it sound very dour, but actually it's very good stuff. There's also a very wide range of vodka's to choose from, and it all seems to fit together very nicely. A little on the pricey side, but then it's also of top quality and just a stone's throw from the office. A good 7 or 8 out of 10.

Thursday morning arrived and with it my birthday. I spoke with Mrs G before anyone else, which was nice, and then caught the 7.30 across town to the office and was beavering away at my desk well before 8 o'clock. 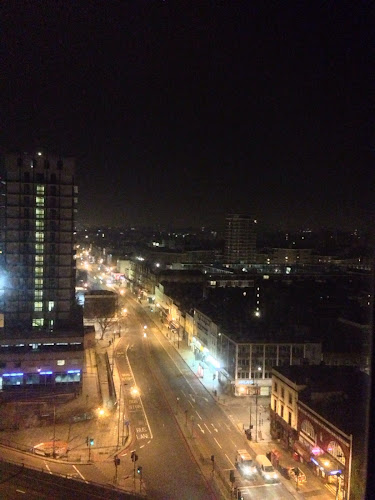 Not the chosen way to spend a special day but hey. Around 9am I was back out the door with a colleague to go back across the river and spend some time in the clients office looking at "Data". No recording devices permitted beyond a pen and paper - all a bit archaic in this day and age - but it's that way for a reason and I may have said too much already ;-) I was done with well over 650 documents examined by lunchtime so I headed back to the office to share my findings and left my colleague to it.

When we finally got done (around 7pm) we headed north of the river and up to Exmouth Market, just a short walk north of Farringdon station (particularly well timed being the 150th birthday of the tube - the first of which ran from Paddington to Faringdon. Exmouth Market is a happening little string of shops and eateries that I've also mentioned before. The sole purpose of our visit was what has quickly become my favourite "almost restaurant" in Laandan - that of "Morito's". This was my third trip and once again it didn't fail to impress. Somehow, we managed to go over budget - entirely the fault of Neil I'm sure - who seems to push us over budget every single time. I have no idea how, but he does. 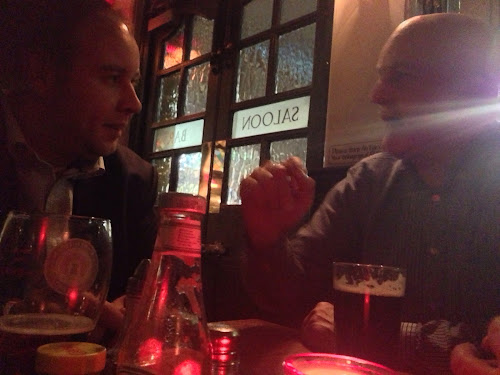 After Morito's the Exmouth Arms had a couple of nice tasting and refreshing beverages for us which helped round off the evening. There was also a certain amount of banter with the WTC, who were also out celebrating my birthday. Unfortunately they were in the West Country, while I wasn't and were (by all accounts) having a whale of a time without me. They even managed to open the present that they'd bought for me, and send pictures. They're generosity knows no bounds and there will be much thanking and ribbing to do when we all catch up in the not too distant future.

Friday morning was more of the same - but this time without a birthday involved. Once again I was in the office well before 8 and back over at the clients office by 10. A much shorter visit this time.

The afternoon was back at base with a planning session for next week, and the arranging of travel and accommodation for my return trip from Monday through to Wednesday. It's all go - but I'm not complaining (honest). This is a far better situation than before Christmas, when I had (almost) nothing to do at all - and as we all know "The devil makes work for idle hands"

A reasonably early escape and I'm back on the train out west.... And being on the train means you get to hear all sorts of non-sense which I haven't shared for a while. Here's a few snippets....

"But if there's a misunderstanding, then the best thing to do would be to resolve the misunderstanding. I would urge you to resolve it without it getting more unpleasant. You should correct him before you start putting in formal complaints and things. It's best to be sure of your facts before you start throwing allegations around. I'm not twisting anything. Yes, but who made that dis-information? I'm sure he'll want to return any property he has."

"You don't need to be belligerent about it. It just seems as though you may be magnifying a misunderstanding."

"Daddy, are you sure this is the right train?"

"Excuse me, could I get in there please?"

Tomorrow being Saturday sees hopefully a lie-in, although of late I've become all too aware of the fact that what ever future plans I write here never seem to quite happen, so perhaps it won't be. But it will be lunch with the inlaws and outlaws and all that that entails.

Sunday packing - Monday back on the train. Ho hum. Life goes by pretty fast - best try and stop and smell the flowers occasionally (or something like that).