Guns (an open letter to America)


What a strange a beautiful country you are. With your wide open plains in the west, your green and fertile lands in the east, your mountains to the north, and sunsoaked heat to the south. I've visited you many times, and everytime I feel that a little piece of me has stayed behind with the people I've met and the places I've been. 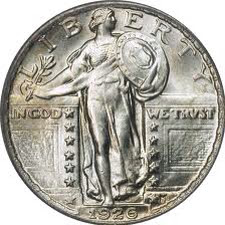 You are not (as the media often portrays) a bunch of idiots and slackers - of course, there's always a couple, and we have the unusual people too, but generally you're intelligent individuals trying to do the right thing. A nation of achievers, of go getters, of can do'ers. A people to be proud of - and I'm not just blowing smoke. It's true enough.

However, let me give you an example of one of our "unusual people"...

This fella, goes into a shop (a store if you will) and tries to buy a fish and chip supper (fast food takeaway) with an imitation handgun!!! I know. I can hear you gasping. What was he thinking? Not just a handgun, but worse still an imitation handgun - a toy. Clearly the man is a little insane - and no, I'm not being ironic. He's very lucky that armed police didn't show up and shoot him on the spot. Although - even for our police force, firearms are a last resort. They don't carry them. I'm not making it up either, you can read it here:

On one of my visits to you, I met a man and his wife who invited me to dinner at their house, and I must say a truly excellent dinner was had. Their hospitality was second to none and after dinner our host and I got onto the subject of guns. To my shock, he produced a handgun and laid it on the coffee table in the middle of his lounge.

My first reaction would have been to offer him a free fish and chip supper of course. :-) I jest.

My actually reaction is - why? Why does anyone in America ever feel the need to own a gun? (I'm not talking about shotguns or hunting rifles here - we have those in my country and I understand why. They're for hunting with. I'm from the countryshire, they are commonplace. I'm talking about battlefield ready automatic weapons and easily concealed, easily transported, handguns)

The answers I seem to get are:

For example... I could drop everything, and just go to say... Australia for example. I could do that. The company I work for wouldn't be very pleased, but it's my choice. Eventually I'd loose my job I'm sure, and then I wouldn't be able to pay my mortgage - but this would all be my choice. No one would stop me. But why would I want to? With a little bit of planning, I could take a vacation and go to Australia anyway.

The point is - that for every action there's a reaction.

I could get a gun - it would probably be the death of me.


However, in my county, I don't want a gun. I went to a shooting range with my American friend and his gun. I fired it, I know how heavy they feel, I know how powerful they feel, I know they are dangerous. Don't be mistaken - Guns really do kill people. Introduce a gun into any given situation and the chances of it being used go up. If it doesn't exist, it can't be used.

A few years ago, my country introduced a law making possession of such weapons illegal.

That doesn't mean they don't exist - the dark underbelly of the criminal world has them - at great risk to themselves personally. The chances are, they'll get caught with them, and loose their liberty (of which you have a very fine statue I note), or they'll shoot themselves with it accidentally or otherwise. As a result - while shootings still happen - they are generally a rarity and this makes our country as a whole, a safer place to be. I don't need a gun for protection, because no one else has one either - and the minority that do wouldn't want the vast majority of us that don't, to know about it anyway, so they won't be carrying it in public - for certain.

Here's some numbers for you:

The Number of Murders by firearms in Britain in 2011: 58 equivalent to 290 US murders

Perhaps - and this just a suggestion - but perhaps, it's time you thought about wrapping some control around the ownership of these weapons before things get any worse. Get serious with licences, age checks and enforcement. Get the balance right and you'll only loose your liberty if you cross the moral line.

You no longer have the Wild West to contend with. You don't have to hunt buffalo anymore. Get your laws sorted out and up to date and you don't have to be afraid anymore either.

If you're an American and reading this and owning a firearm - are you part of the problem?

With the fondest regards, and fear for the future of a beautiful country