Some seriously hard work has been going on. It's been time for us to release a number and a lot of documentation out into the wilds of the customer's game reserve.  It's a difficult and painful time for everyone involved.  It means we've had to spend time lovingly feeding and watering our beast, and hope that all the work we've done behind the scenes will result in it being able to survive on it's own, and with any luck, settle down and meet a mate (in the form of the client).

With that in mind - I've done some seriously stupid hours. 12, 14 and even 16 hour days haven't been uncommon, but they have been horrible. Documentation reviews have all been a case of crossing i's and dotting t's (see what I did there). However, after a big final push everything went off across the plains at around midnight on Sunday.

Sadly - during the late afternoon of Monday there were shots being fired out in the reserve and we feared the worse. Our poor beast limped home and we had to patch it up. So while we'd all been planning on a couple of quiet days, instead we found ourselves wringing our hands in intensive care while the beast underwent some surgery. This isn't particularly uncommon, especially when you consider the size and complexity of this particular animal. By the end of Tuesday, everything was patched up with the only remaining piece scheduled to happen today (Wednesday). 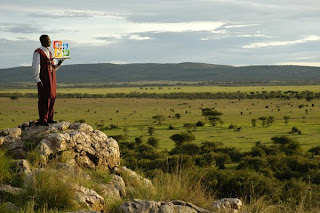 Once that's done, we start planning for the final release - where our beast gets to roam free of the reserve, and see some proper wild life all of it's own. Sure to be fun based on this dry run at it.