I'm sure you can tell from the lack of blogging of late, that things have been hotting up. Busy would a suitable word. Manic is also fitting. Crazy and Mental. Nuts. Loopy. Painful. Arduous and Insane-in-the-membrane to name but a few are all candidates too. I digress...

If there's one thing you don't mess with, it's a man's bank holiday. Unique to the Commonwealth - so sorry to our Atlantic cousins - these are officially the four days of the year outlined in the "Bank Holidays Act" of 1871. If you were employed by the Bank of England, you might well have damned that particular piece of legislation, because before it, there were 33 days (Saints Days and other religious goings on) which the bank treated as holidays. No such luck for the rest of us though - until Sir John Lubbock came along and formalised the whole thing.

Regardless - it's a free day off - much like "Presidents Day" (or similar) in the U.S. and as such is sacrosanct. The one thing you don't do (as an office style-ee employee) is work on a Bank Holiday. What you actually do is have a Bar-B-Q - usually in the rain, or spend the day recovering from a hangover you generated on the Sunday night - just because you could - referred to as "Super Sunday" in our neck of the woods.... Or you go shopping for DIY/Garden type stuff... You get the general idea.

This particular Bank Holiday didn't work out like that though. Instead of enjoying a Super Sunday - which I understand included tales of live music in a local hostelry or repute according to a few of the locals - I found myself having, what to all intents and purposes, was a regular day in the office. Off I trundled to my local-ish office and joined the team for yet more fun and games on the mahoosive document and irresponsibly required presentation that is our current mission.

The tall fella and the church seating took a run out to Sainsburys for lunchtime pre-packed sandwiches and the day passed relatively quickly. I got away early in the afternoon because I had to go and pack and catch the 7pm train down to London. 9am tomorrow sees us jumping through a hoop - so rather than a 4am alarm call, I elected to give up the remains of my Bank Holiday (it was already lost anyway) and spend an extra night in the city.

As you can imagine - Mrs G is not particularly impressed. And to be honest neither am I. However, I should point out that its not for the Love of the company and neither is it the promise of untold riches and gold (untold because they are non-existent). No, I choose to do this for my fellow employees. We are - as the saying goes - all in the same boat and as a result we each have an oar and we're all pulling together. We're on the last leg of it - at least that's the belief we have - and so we need to get the job done so we can return to some sort of normality.

Luckily, they're a good bunch that are in the boat and the banter is plentiful. If it wasn't, I'm pretty sure I wouldn't be able to do this job - so thank god for "Squirrel!", "Moving On", "The Dulinator", "Pushing the button" and of course, let us not forget "Mandy". None of that will mean much to the casual reader - but that is how it should be.

These things and the people involved in them are the only things that make the theft of my Bank Holiday bearable - not forgivable - but bearable.

Sadly, with so much to do (did I mention its a bank-feckin-holiday?) I need to be getting on with it, so with a heavy heart I bid you adieu, until next time, which I suspect will be around about Friday - but you never know. 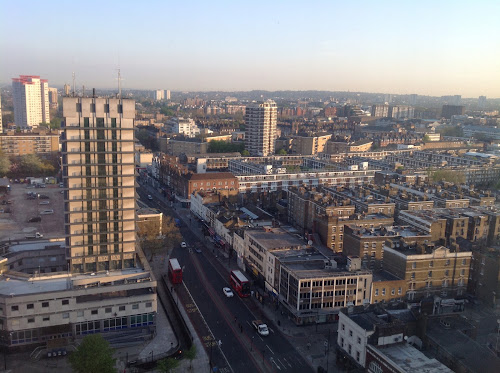